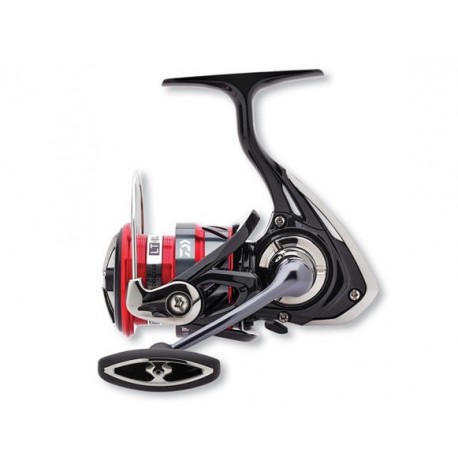 The Ninja LT is the sequel of the legendary Ninja A. The Ninja LT convinces optically as well as technically. The ultra-smooth and even running is a real highlight. Due to the integration of the LT concept, the DAIWA engineers succeeded in reducing the reel`s weight significantly. Thus we could realize a reduction of weight of over 10% within the size 2500.

The novel Tough Digigear, which has former been used within much more expensive reels, equips the Ninja LT series with an improved power transmission and an even smoother running compared to the previous version.

The integrated ATD drag within the Ninja LT provides a distinctly stronger drag power (up to 10kg) and an immediate functioning of the drag without starting resistance – ideal for application with thin lines during critical fights with the fish. With the Ninja LT DAIWA presents a novel and optimized sequel of the globally successful Ninja series.